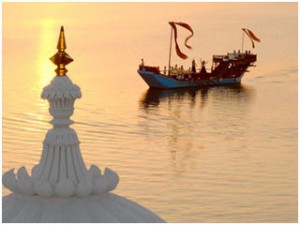 Take a boat ride on Lake Pichola and admire the amazing views, then visit Jagmandir Island Palace, or just stroll along the lakeshore and watch the breathtaking sunset. 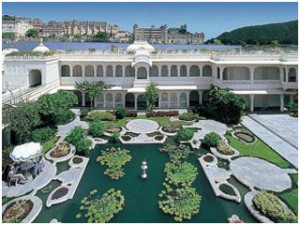 Post Box No. 5,
Lake Pichola
T 91-294 2428800
This amazing hotel, looks almost like a ship cruising atop Lake Pichola. It is still owned by the Maharaja and was also seen in the James Bond film Octopussy. 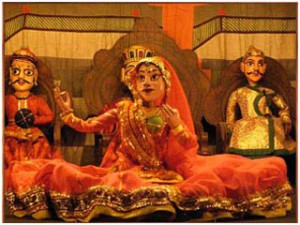 WATCH AN EVENING SHOW OF THE BHARTIYA LOK KALA PUPPETEERS

Near Chetak Circle
Puppet Shows in Udaipur are a part of the culture of the city. Puppet shows are generally arranged by the hotel staff who want to keep their guests entertained throughout their stay in the luxurious accommodations. Apart from these the auditorium of the Bharatiya Lok, Kala Museum is one of the best venues of puppet shows. Every evening you can watch an exclusive puppet show being held here. Every show conveys a social message. This is how the native people of Udaipur have passed on knowledge of good and bad to their next generations for ages. If you can’t check out a show at least visit the museum. It has a remarkable collection of Rajasthani folk artifacts, including ornaments, apparels, masks, puppets, musical instruments, dolls, paintings and deities. 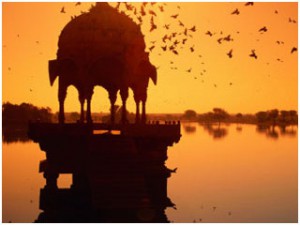 Take a pedal boat to the garden island on romantic Lake Fateh Sagar. 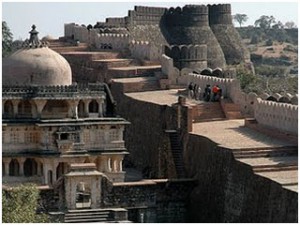 Dungarpur
Badal Mahal is the highest point of the Kambhalgarh Fort. Construction started in the 18th century and was later remodeled by Maharana Fateh Singh in the 19th century. Airy chambers painted in pink, green and turquoise and fine wall paintings depicting hunting scenes were added. Now accessible to the visitors, the bedroom of the Maharani last occupied as recently as 1984 is an wonderful place to visit, and once again, imagine yourself as royalty. 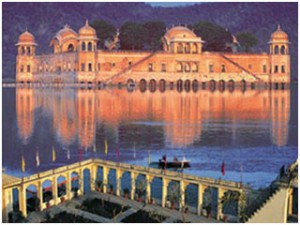 City Palace towers over the Pichola Lake. Maharana Uday Singh initiated in the construction of the palace but succeeding Maharanas added several palaces and structures to the complex but retained a surprising uniformity to the design. The entry to the Palace is from the Hati Pol, the Elephant gate. The Bari Pol or the Big gate brings you to the Tripolia, the Triple gate. It was once the Maharana weigh under this gate in gold and silver, which was distributed to the populace. It is also now the main ticket office. Balconies, cupolas and towers surmount the palace to give a wonderful view of the lake. Suraj Gokhada or the balcony of the sun is where the Maharana would grant public audiences mainly to boost the morale of the people in difficult times. The Mor Chawk is the peacock square and gains its name from the vivid blue mosaic in glass of a peacock that decorates its walls. The main part of the palace is now preserved as a museum displaying a large and diverse array of artifacts. Down steps from the entrance is the armory museum exhibiting a huge collection of protective gear and weapons, including the lethal two-pronged sword. The City Palace museum is then entered through the Ganesh Deori (the door of Lord Ganesh). This leads to the Rajya Angan, the royal courtyard that is the very spot where Maharana Udai Singh met the sage who told him to find a city here. 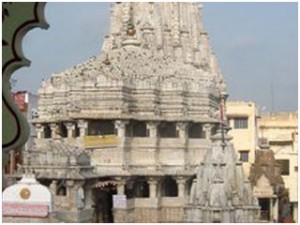 Shiv Niwas Palace City Palace,
T 91 294 528019
Built by Maharana Jagat Singh I in 1651 the temple enshrines a black stone image of Lard Vishnu. There is a brass image of Garuda the Lord bird carrier, and the awe-inspiring exterior and plinth are covered with base relief of alligators, elephants, horsemen and celestial musicians, all rising in tiers. Chanting, bells and music can be heard throughout the day. It is the largest and most splendid temple of Udaipur.